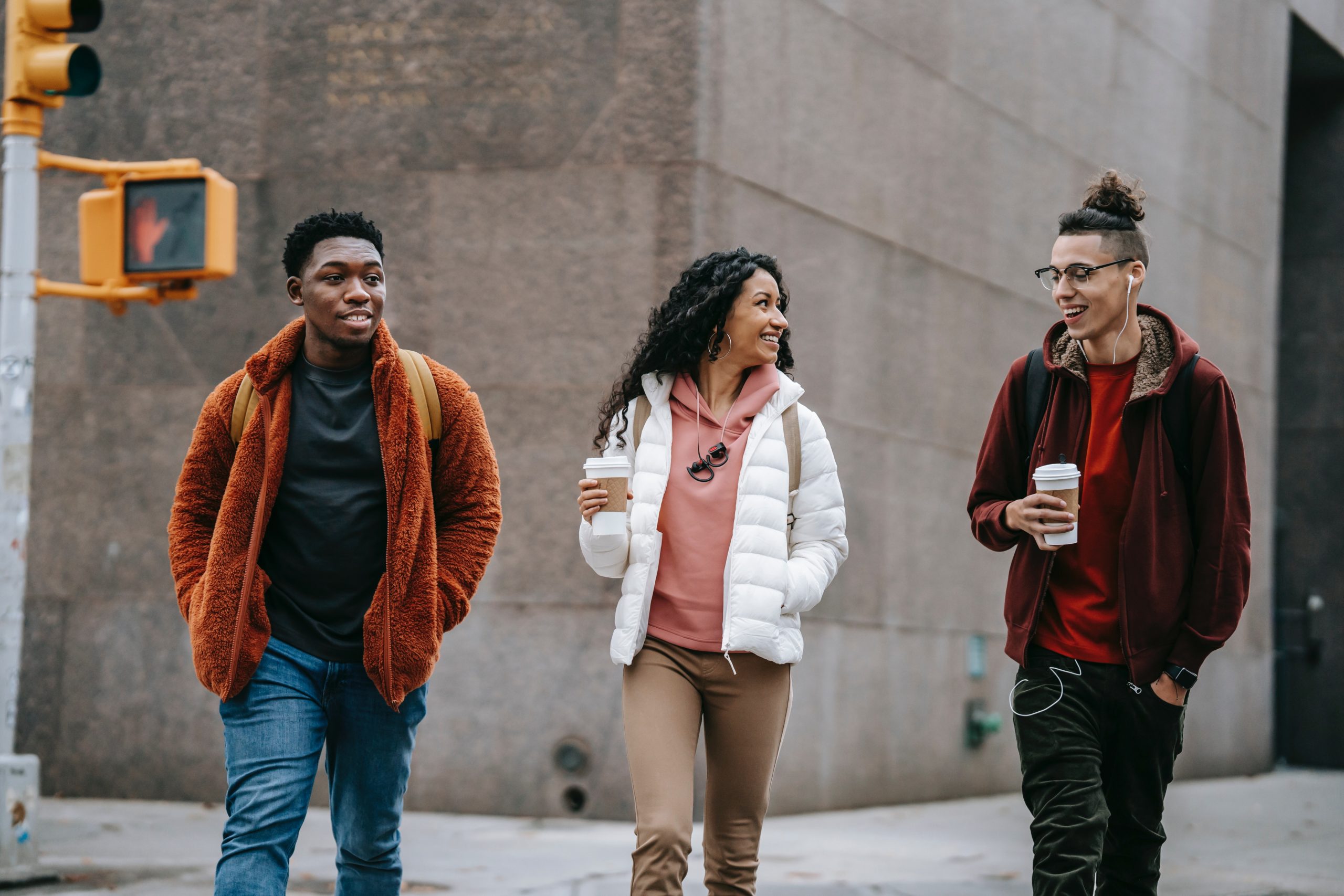 Being a teenager isn’t easy. You got to school, you’re just getting into dating, but at the same time, you have your parents telling you what to do. The least you can do to feel good is work on your personal style. Wearing cool clothes to school, or to see your friends. But I know that’s not as easy as it sounds. You have to know what you’re doing and you definitely have to know what you shouldn’t be doing. So today I have a list of 7 fashion style mistakes that teenagers make when it comes to style. 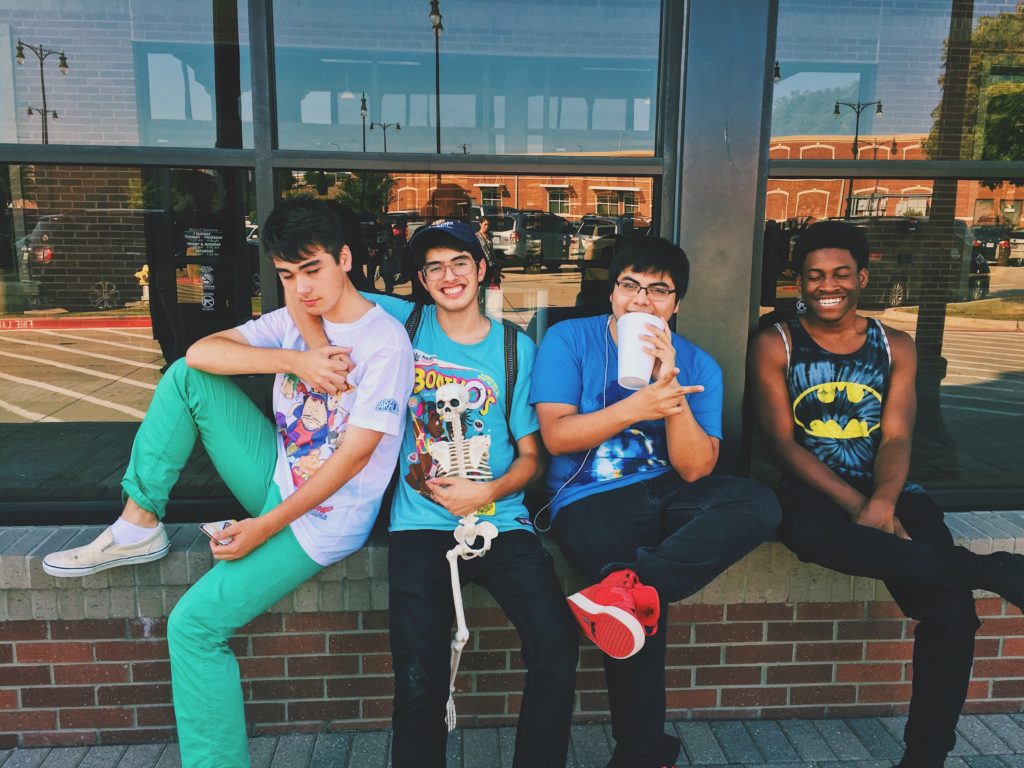 One of the biggest, if not the biggest mistakes teenagers make. When finding their own style is dressing exactly as their friends look.
You are trying to fit in you might be trying to impress someone. So you start to dress like them, But that’s not really helping your case. when you’re walking around with your buddies you are all wearing the same types of outfits.

Because it’s not always the same you might have some similarities to your friends, but you are not the same people.
So show some personality through your fashion style, casual dress and stop copying your friends. 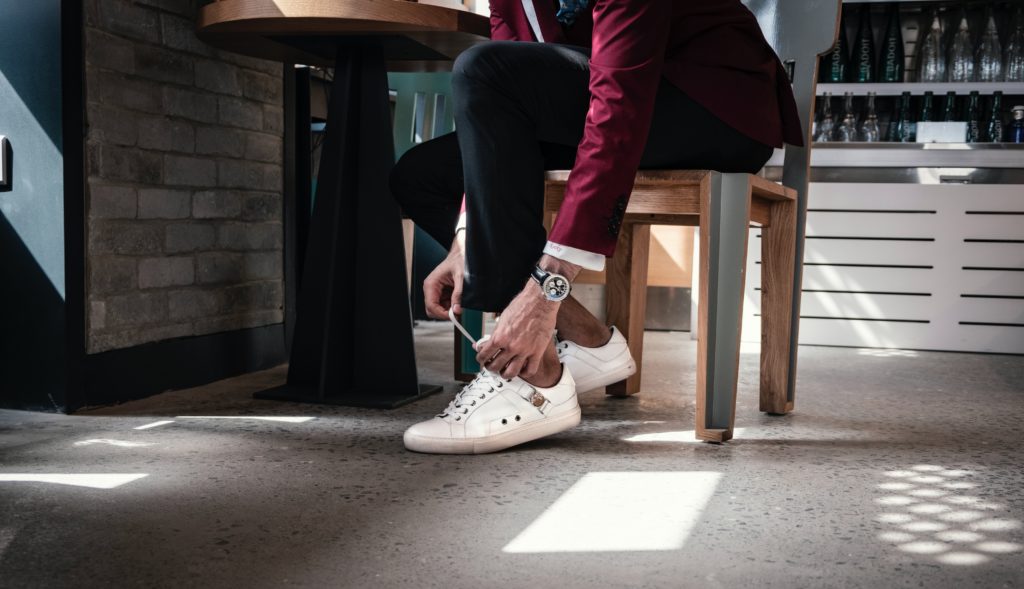 The fashion style mistake you might be making something that is killing your style, Which is wearing only sneakers instead of experimenting with other types of footwear. wearing only sneakers that are going to limit your outfit so much and you don’t even realize.
It’s especially teams guys, all your friends are wearing sneakers. Do you want to be just like them?
“We just talk about this let’s make sure that you’re different, let make sure that you stand out from the crowd.“

I get a lot of questions on Instagram from you guys who are teenagers “Should I be wearing Chelsea boots, what to wear with Chelsea boots, should I try something different, should I wear combat boots“

Yes, a hundred percent one of the easiest ways to send out from your friends or your classmates is to wear boots it’s something that. Most teenagers don’t do it because for whatever reason they think they can’t pull it off but I am telling you.

You can’t don’t stop wearing sneakers, but definitely throw in Chelsea boots or combat boots or something different. once in a while just to change it up and add some spice to your outfit.
I can guarantee, people will ask you your friends were like dude what are those what are you wearing some boots what going on here and be like yeah that’s right I am changing it up. 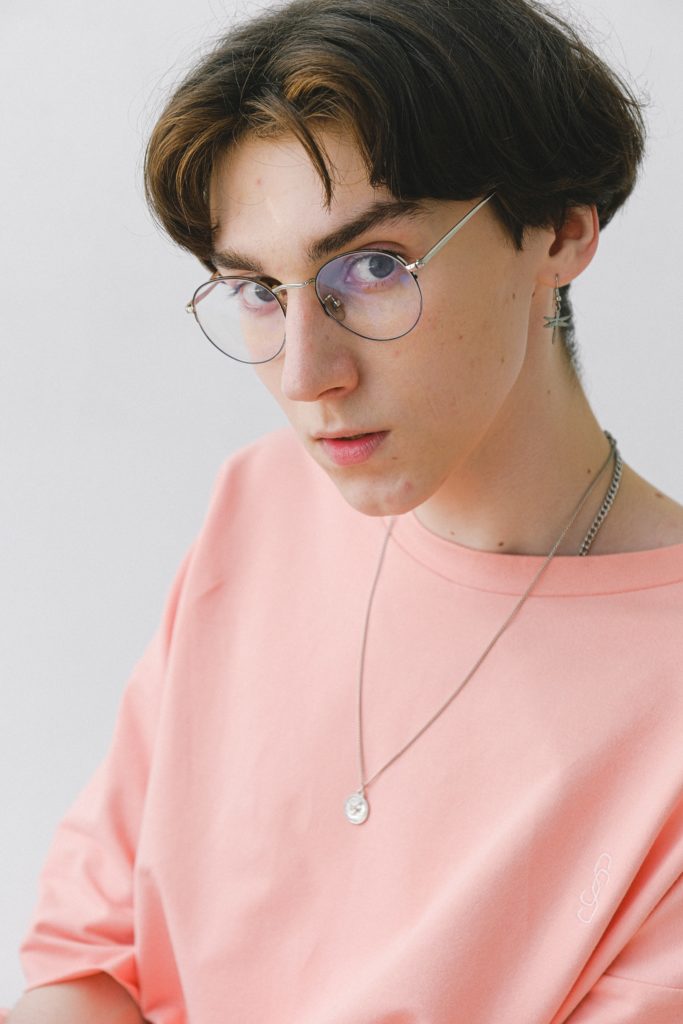 What you can do, what you can be you have school years. That allows you to go to summer break and come back an entirely new person with different style clothing, different & latest trending hairstyles.

So come on guys change it up, experiment let it grow then cut it short get some color in. There don’t be one of those teens that have the same boring hairstyle, all through your teenage years and definitely don’t wear bad hair products like gel or cheap drugstore products that make your hair look like crap.

Another huge fashion style mistake that didn’t make that we used to make all the time is not doing laundry properly and why is that such a big mistake well because it completely ruins your clothes. 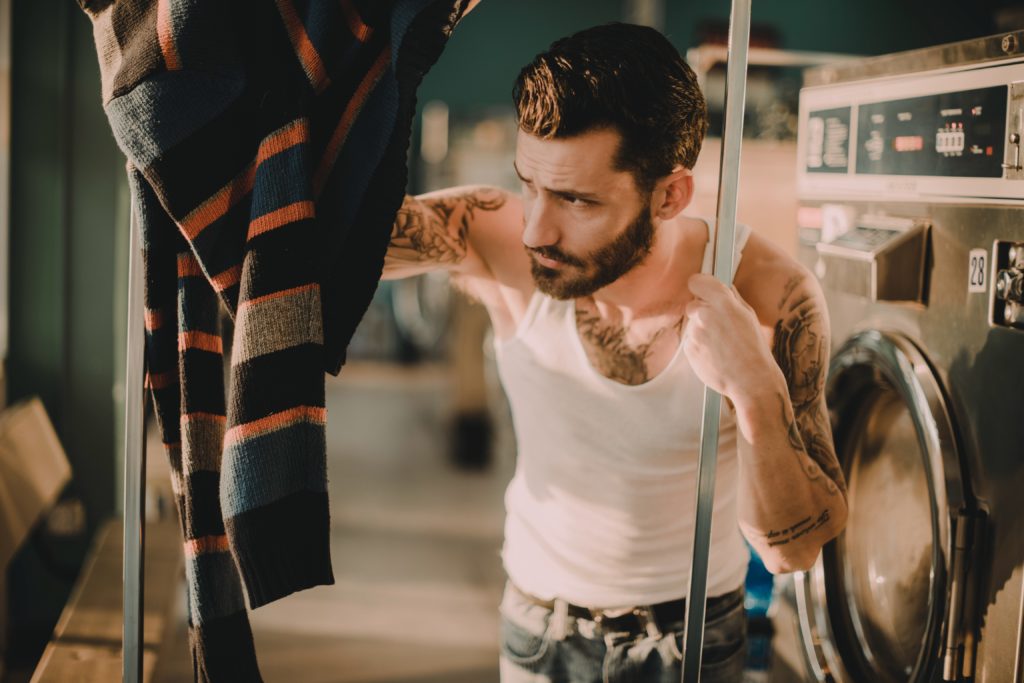 I don’t know no about you, but when I was 18 I had zero money I was broke so if I ruined a t-shirt or hoodie I had been really pissed because now I don’t have the money to buy a new one.
so I had to learn how to do laundry properly because my clothes were shrinking, the colors were fading it was horrible.

You have to separate the whites (t-shirt or shirts) and the colors. You can’t use hot water to do laundry it needs to be cold or warm and you cannot put your nice clothes in the dryer,
Because guess what they will 100% shrink. if you do that I only dry towels that I don’t really care about.

I always hang dry my nicer clothes like jeans, hoodies, nice t-shirts, chinos. Because otherwise if I put them in the dryer it’s going to ruin them. To learn how to do laundry properly so that you are not messing up your clothes.

Wearing Too Many Logos

The fashion style mistake is worrying too much about logos like you look like a walking Billboard.
If you have a big logo here ☝🏻 walking ad, you are literally paying this brand to promote their logo everywhere you go.

Think about that for a second, it’s actually mind-blowing to know that, that’s exactly what’s happening right now. You literally paid a bunch of money to advertise that big logo insanely.

Not only that but these big logo brands are usually expensive. Because they are hyped up, which means they are trendy, which means that they’re going to die someday that trend will fade away at some point.

So why would you spend all of that money to be a walking Billboard and to possibly lose that trend and not be able to wear that shirt again? Be very careful with brand logos and trendy brands because they will go out of style.

The fashion style mistake is something that I think all teenagers do. I did it, everyone in my school did it. it’s not your fault, I get it growing very patchy facial hair.

Read Also: 6 Most Common Skincare Mistakes You Need To Avoid

I understand you are growing a beard for the first time it’s awesome you are becoming a man, but the dude just waits a little bit longer.
You have to wait until you can at least get really close to feeling it in here 👇🏼.

I feel like in my high school when guys first started getting facial hair, they tried every type of facial hairstyle little Goatee the little chin strap. It just did not look ok good at all. so just wait until you can actually do it, then you can rock it!

Don’t Apply Too much Cologne 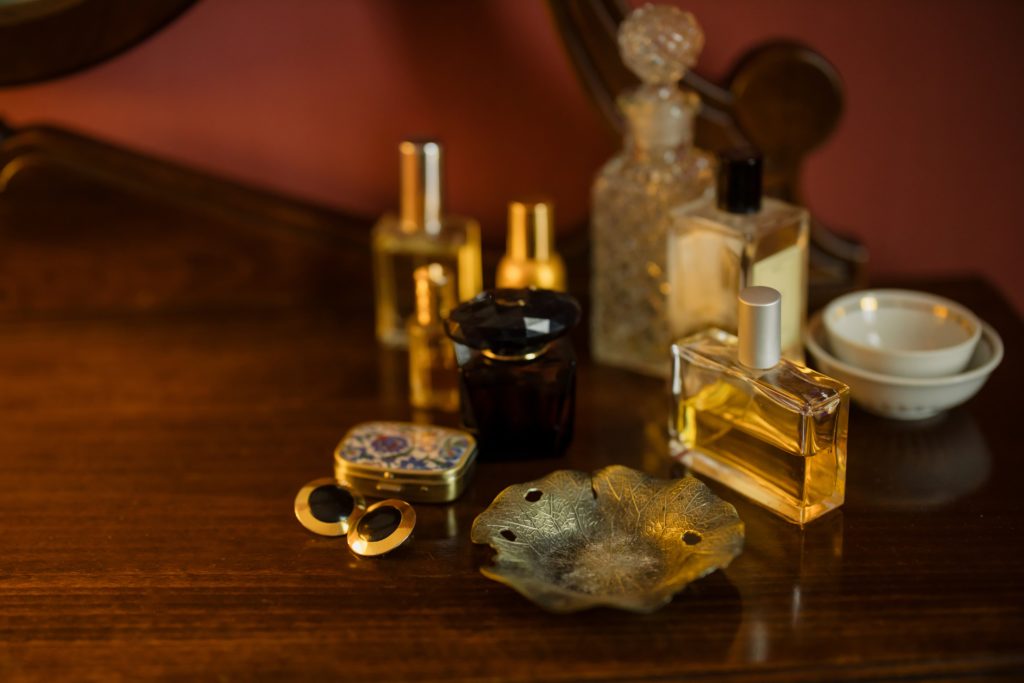 That fashion style mistake you’re probably making, I used to do this all that time wear way too much cologne. Look, amazingly, you are wearing Cologne. A lot of teens don’t know the power of a good fragrance yet, but don’t get to trigger happy. Because yes, fragrances can be very powerful in a good way but they can also be very powerful in a bad-bad way. Meaning people can drown in that smell and it’s just too much.

If you are wearing a fragrance and you go to school and you go somewhere and people start sneezing or coughing a lot, then you know you’ve made a mistake.

It was just too much and I got told once when I was driving with someone I was in their passenger seat that’s a lot of Cologne and they rolled down the windows. That’s when I knew when the windows come down, I’m oh! they’re trying to get rid of this smell, they don’t like it, it’s too much.

So be careful spray some cologne go for like: four sprays that are it that is good enough.

Hi guys, My name is Farhan ali and I am a fashion blogger from India. I started working on Instagram in 2019 when I created a page about the world of men's fashion. I like to define my way of dressing as very casual and comfortable.

Outfit Mistakes That Make You Look Like A Boy